Miranda & Associados was recognised as the winner of "Lusophone Africa Law Firm of the Year" in the Chambers Africa Awards 2021, which was announced on 12th January 2021. In the last and only ever previous edition of the same awards programme in 2018, Miranda was also the winner in this category.

The Awards are the result of research undertaken as part of the annual Chambers Global publication, the guide to the world’s leading lawyers, the 2021 edition of which is published on February 18th, 2021. Chambers Global covers over 200 jurisdictions and involves input from over 170 researchers.

In announcing Miranda as the Lusophone Africa Law Firm of the Year 2021, the Judges noted:

“This well-established Portuguese firm enjoys an outstanding reputation throughout Lusophone Africa, benefitting from associations with market leaders on the ground. Miranda & Associados offers clients a wealth of experience in the region, having acted for many blue-chip energy and natural resources companies and government bodies on key developments and transactions. Interviewees view the team as “the most prominent in Angola,” further commending the group as “pioneers in Mozambique.” The firm notably acted for Total Exploration and Production Moçambique Area 1 on its proposed LNG project in the country and representatives of Angola and Namibia on the Permanent Joint Technical Commission on a hydro project."

“It’s the second time that Miranda has proudly received this award, and it is the recognition of the strength and depth of our practice in Africa, where we have already accumulated over 30 years of experience, sustained in a strong relationship with our local colleagues, whose offices we help to develop and grow. It is these long-term commitments that largely allow us to achieve this type of distinction. Despite the challenges that the pandemic brought us, we continued to support our customers and with the highest standards that we have always set ourselves. This recognition is not exclusively from Miranda, but is also addressed to Miranda Alliance firms across Lusophone Africa. Without the help of our colleagues based in different countries, it would be impossible to achieve this level of recognition." 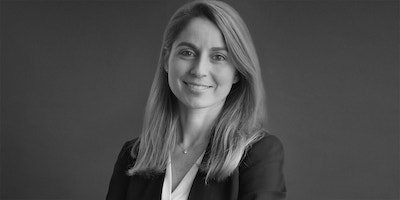